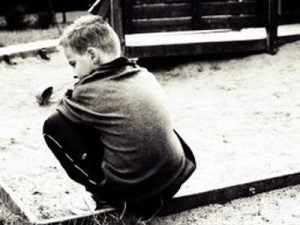 In Los Angeles, a person may be charged with child endangerment if he or she causes or permits a child to suffer. This can be either mental or physical suffering and can carry a broad range of acts that the authorities may charge as a crime. A person may also be charged if the authorities feel that a person has placed a child in a position where that child is in danger.

In addition to acts that are done against the child. If someone abuses a spouse in front of a child, they may also be charged with a crime. Often times the authorities will file charges of spousal abuse with child endangerment together.

Other times a parent or custodian of a child may be charged with child endangerment for placing that child in a position where an injury can occur. For instance, leaving a child in a car unattended or keeping weapons in a home where a child can get to them.

No matter the circumstances, it is crucial that a person charged with child endangerment seek legal help from a knowledgable criminal defense lawyer.

If the endangerment was not under life threatening conditions then the penalty may be six months in jail or a fine or by both.

If the endangerment was under conditions likely to cause serious injury or death then a person may be imprisoned for two, four, or six years or by one year in jail.

Probation is also an option for someone convicted of child endangerment in Los Angeles and usually that is a result we are able to achieve for our clients. Ever case is unique and only an experienced criminal defense lawyer who knows the facts of your case can advise you properly.

Often times an experienced criminal defense attorney will be able to obtain a much lighter sentence, a dismissal or a not guilty verdict in a case such as this. The most important thing you can do for yourself or your loved one who is charged with this crime is to contact a criminal defense lawyer as soon as possible.

At The Sigal Law Group we pride ourselves in our zealous and aggressive defense of our clients. If you are charged with a crime, we know that it is your freedom, your life and your family that is in jeopardy. Don't let the state railroad you in accepting their terms. Let our criminal defense lawyers fight for you and obtain a result with which you will be happy with. The consultation is free so contact the Sigal Law Group today and talk to our Los Angeles child endangerment lawyers.